Young has been a full-time artist for the last 25 years and has placed over 50 monumental outdoor sculptures nationally and abroad. Most of his work has been in bronze, but he also works with stainless steel, marble, and other materials. He owns and operates a full-scale, 6,000 square foot foundry where he personally creates and produces most of his work. This personal oversight of production is very unusual for sculptors who create monumental bronzes.

Young developed his incredible skills and talent through a number of forums. He first learned to cast bronze as a molder in the US Navy. Following the Navy he achieved international prominence as a two-time Olympic medalist, the only American to ever win a medal in long distance racewalking. During this period he studied sculpture at Columbia College followed by a two-year fellowship to study sculpture in Italy. Young has been a full-time freelance artist ever since, known for his fluid forms, his innovative use of negative space, and his mastery of the bronze medium.

The origin of mankind, man’s relationship with other life forms, and his destination have been important elements in many of Young’s works. He has also been fascinated by human movement in dance and athletics and by the themes and compositional integrity of classical art. Like classical art, Young’s life forms and other images are vehicles through which compositional networks are materialized. He frequently creates complex simplicity by simplifying human forms and placing them within deceptively simple complex compositions.

Visit Larry Young’s website to see his other work: www.youngsculpture.com 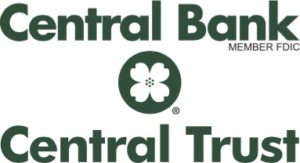